Ledama Olekina is a Kenyan Politician and the current Senator-elect for Narok County. Olekina was overwhelmingly elected on an Orange Democratic Movement(ODM) in the recently concluded August 8th General elections in Kenya. The vocal and flamboyant  Ledama Olekina born and raised in Oloombokishi, a small village near Narok, Kenya, on 11 November 1974.

Ole Kina was born on November 11, 1974, in Oloombokishi in Narok, Kenya. He is 45 years old. Besides, he celebrates his birthday on November 11 every year.

His father Meiteganyu OleNchoshoi was born in the Loita Hills of Narok in the border of Kenya and Tanzania in the early 1940s. Ledama’s mother, Siminta Enole Torome, grew up in Ene Enkare in Narok, Kenya. Her father James Ole Torome fought in the First and Second World War and worked as an engineer for the British colonial government. Ledama was raised by his parents and his grandfather whom he spent most of his school holidays with, taking care of the family cows and goats.

The Narok County senate likes to keep his personal life private hence information about his dating life is not available. It is therefore not known whether he is married or has any children. However, this information will be updated as soon as it is available.

Working as the current Narok county senate, there is no doubt Ole Kina earns a good salary and has been able to accumulate good net worth. However, his exact net worth has not yet been revealed but the information will be updated as soon as it is available. 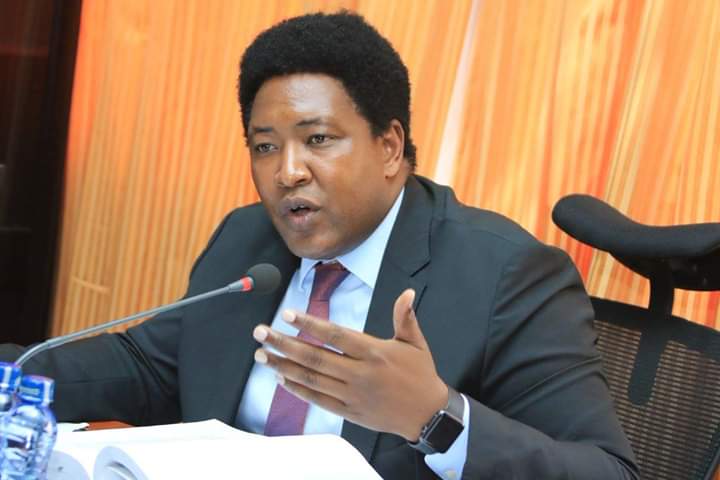 He attended Olesankale Primary School and Narok High School in the early 1980s to the mid-1990s. After graduating from high school in 1994, he was employed as an assistant producer for Reuters African Journal, weekly news, and current affairs TV program based in Nairobi.

During this time he saved money to pay for his first year of college in America. In 1995, he raised additional money through a fund-raising drive and attended college in the United States of America. During the school summer vacations, he traveled to London, where his lifetime mentor and adopted Welsh father, Gerrard Williams, helped him find jobs as a researcher working for Diverse Productions, Educational Television Network and European Business News in London.

He studied political sciences and English communication at the University of Massachusetts Boston and Fort Lewis College in Durango, Colorado. He held down three jobs to continue paying for his study and to help build his dream, often working during the day and night while attending college.

As the say goes west or west home is the best, and Ledama’s first goal was to help his own people, the Maasai. In April 1999 while in college, he worked tirelessly to improve the education standards of his people, concentrating on conditions in rural schools in Kenya.

He founded Maasai Education Discovery, a non-profit educational organization dedicated to promoting a bi-cultural approach to education as well as protecting Maasai women and girls from inhibiting cultural practices such as Female Genital Mutilation (FGM). In May 1999, Ledama became the first Kenyan-Maasai ever to walk across the United States of America to raise awareness for the need for quality education for his people, the Maasai.

This first walk took him from Durango, Colorado, to Phoenix, Arizona. Ole Kina took a walk of more than 565 miles (909 kilometers) dressed in his traditional clothes. His goal was, and still is, to create a university in Kenya. Ledama’s second walk took him from Boston to Chicago, a distance of 1,765 miles (2826 kilometers). Often walking up to 80 kilometers a day.

In January 2000, Ledama returned to Kenya to set up the Maasai Education Discovery (MED) project in Narok. His effort bore good fruit from his walks, Ledama was able to initiate the Girl’s Scholarship Program. This provides up to 1500 scholarships a year for girls to attend primary, secondary and college.

Following the success of the scholarship program, Ledama set up an education resource center located in Narok, 80 miles southwest of Nairobi. This the base for all of MED’s programs. This includes houses a library, a business center, a community college, and a cultural art center. Beyond that, he partnered with the United States International Development (USAID) Presidential Initiatives, first under President Bill Clinton (EDDI) and later under President George W. Bush (AEI), to provide up to 1500 girls and 300 boys with scholarships to attain basic education.

Ledama has also computerized over 15 schools in Narok and Kajiado districts and in 2002 Ledama brought the internet to Narok. Since the beginning of  2005, he has been running various programs, which have promoted education in the Rift Valley, Eastern and Nairobi Province, including working to secure full scholarships for three Maasai girls to study Medicine in the United States of America.

In 2006 Ledama installed the first wireless network in Narok after having secured a US$500,000 equipment grant from Cisco Systems International. In 2006 he established the first online investment firm, called www.kenyashares.com to enable Kenyans living in the diaspora to invest in Kenya through the Nairobi Stock Exchange. The online platform has encouraged many Kenyans overseas to invest and contribute to the economic development of Kenya.

Olekina Ledama was not much of a politics person until the year 2017  when he vied for a senatorial seat and won with a majority of votes.

Ole Kina is one of Kenya’s best known and best-loved politicians from Narok county. Truly, he is the current senate for Narok county

Not sure, he likes to keep his personal life private hence information about his dating life is not available. It is therefore not known whether he is married or has any children. However, this information will be updated as soon as it is available.

How much is Ledama worth?

It’s true, he is a man of means, and there is no doubt he earns a good salary and has been able to accumulate good net worth. However, his exact net worth has not yet been revealed but the information will be updated as soon as it is available.

How much does Ole Kina make?

Hardly, there are no records showing how much he has been earning, nevertheless, the exact amount of his salary is still unknown to the public, but this information will be updated as soon as it is available

The ostentatious senate for Narok county, Ole Kina lives in Narok his birthplace

Is Ledama Olekina dead or alive?

Indeed, he is still alive and actually in good health.