Salim Mvurya was born at Kadzandani Village, Mwatate Location, Kasemeni Division, Kinango District of Kwale County. There is no much information shared about his early life. 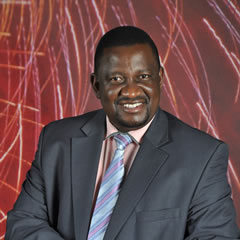 Salim Mvurya has 17 years of social Development and leadership experience. In the year 2008, he had an opportunity to be the Acting Country Director for Plan Kenya. Other organizations he has worked for include Aga Khan Foundation and Tegemeo Institute of Agricultural Policy and Development (an institute of Egerton University).

His working experience has enabled him to gain experiences in staff management, program management, resource mobilization and fundraising, operational management, financial management as well as influencing policy at local, national and international level.

Over the years he has designed and implemented development programs in Education, Health, Livelihoods, Child Protection and Democratic Governance centered on citizens participation in decision making processes and policy advocacy.

Some of the programs he implemented were funded by DFID, USAID, Ministries of Foreign Affairs in Netherlands and Finland, and NORAD, Norway. Governor Mvurya emphasizes that Kwale has enormous resources and heis already applying his Development and Management experience and is leading a change process that will give the citizens of Kwale County an opportunity to benefit from socio-economic development.

In the 2013 general elections, Mvurya ran for Kwale governorship on an ODM ticket with Fatuma Achani as his running mate. His rivals were James Dena, Kassima Rigga Mambo, Simeon Mwero Mkalla and Mwarapayo Mohammed Mwachai. Mvurya won by more than half the votes cast.

In May 2014, Mvurya ousted Nairobi governor Evans Kidero to become vice chairman of the Council of Governors. On 29 September 2014 while at a rally with Raila Odinga in Kinango, Mvurya and Odinga were attacked by an elderly man who hit them on their backs with a stick. The security detail at the rally quickly subdued the man who was later released after it was established that he was mentally unstable.

After several months of speculation, Mvurya announced in September 2016 that he was leaving ODM and that he would run on a Jubilee Alliance ticket in the 2017 general elections.His deputy, Fatuma Achani, had cited interference from other county chiefs in Kwale politics.

Rumors had also been rife that senior officers in ODM had conspired to deny him the 2017 ODM ticket for what they termed as his refusal to be loyal to them and also for working with Jubilee. On the 8th of August 2017 he won the election after being re-elected as the governor of Kwale but this time round on a Jubilee ticket.

After doing our research, details about his parents are not available and it is also not known if he has any siblings.

He  is married to his lovely  wife, Christine Mvurya, the pair has a son by the name Hassan Wanini Mvurya. The pair  likes to keep their personal life.

Working as a Governor and having hold senior offices before, there is no doubt he earns a good salary and has been able to accumulate good net worth. However, his exact net worth has not yet been revealed but the information will be updated as soon as it is available.